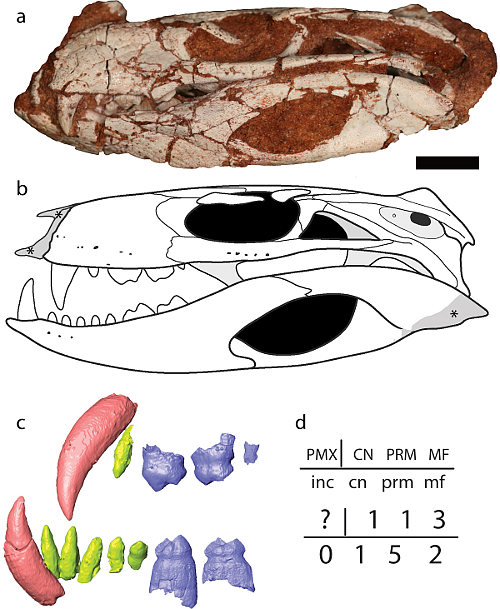 Howard A. Bern, Professor (Emeritus) of Integrative Biology and Research Endocrinologist, Cancer Research Laboratory, University of California, Berkeley, died January 3, 2012, at the age of 91. Dr. Bern was a prolific conceptual leader in the field of Comparative Endocrinology, and a founder of the field of endocrine disruptors. He was a Member of the National Academy of Sciences, a Fellow of the California Academy of Sciences, and a Member of the American Academy of Arts and Sciences. He was an author of approximately 600 scientific papers and co-editor of seven books. He mentored over 70 Ph.D. and Master's students and over 90 postdocs. In addition he was an enthusiastic teacher of thousands of undergraduates, and he was the winner of a major teaching award at U.C. Berkeley. Here is a quote from Dr. Bern, taken from his obituary in the Berkeley Daily Planet, written by Alan Bern.

"I consider creative teaching to lie primarily in the area of individual contact... A one-to-one relationship is indeed of value to the less motivated students, encouraging those of diverse backgrounds to identify with the idea of independent study and to enter domains (academic, professional) that they may have originally considered not open to them. These students often become indistinguishable from those who are initially certain of the paths they wish to follow. In both instances, professor and student learn from each other; it is a two-way interaction. An association becomes a friendship, often lasting far beyond the student's tenure in the professor's laboratory. The differences between professor and student that derive from age, gender, economic status, ethnicity, experience, philosophy, etc., assure that both will be exposed to new ideas and attitudes."

There will be a special session of contributed papers at the 2013 annual SICB meeting in San Francisco honoring the contributions of Ken Nagy to the field. Featured speakers include the following. Related posters will also be presented.

Stephen Secor, ssecor@biology.as.ua.edu, and Joe Williams, williams.1020@osu.edu, would like to invite you to make plans to honor the body of work inspired by Ken Nagy at the SICB Annual Meeting in San Francisco.

Comparative Physiology and Biochemistry lost a giant with the passing of Bruce Sidell in February 2011. His laboratory's contributions helped us understand the physiological consequences of low body temperature and the molecular underpinnings of adaptation to cold. In celebration of his career, there will be a special session at the SICB annual meeting in San Francisco in 2013 that reviews his work and the work he inspired. The session will review three major themes advanced by Sidell's lab: 1) protein and lipid function in cold bodies, 2) metabolic adaptations to cold temperature, 3) biology of the Antarctic icefishes. Sidell demonstrated conclusively that metabolic pathways preferentially oxidize some substrates over others, that this substrate preference can change with cold acclimation, and that cold-bodied fishes typically prefer the same substrates (unsaturated lipids) (Sidell et al., 1987). Sidell also demonstrated that the lipid accumulation that is typical of cold-bodied fish is not simply a fuel depot, but instead enhances diffusion of oxygen across the cell (Desaulniers et al., 1996). Toward the end of his career, Sidell focused on the Antarctic fishes that vary in myoglobin and hemoglobin expression (from robust to absent). His lab overturned the dogma that myoglobin was not functional at low body temperatures, and definitively established a relationship among the degree of heme protein expression, nitric oxide production, and capillary density (Beers et al., 2010; Sidell and O'Brien, 2006). Finally, as the consummate organismal biologist, Sidell investigated the predicted effects of global warming on the iconic icefish. As is fitting of his influence, speakers at all career stages doing research at the forefront of temperature physiology will participate.

Sponsored by the The Company of Biologists, The Journal of Experimental Biology and the Division of Comparative Physiology and Biochemistry. Contact Richard Londraville (londraville@uakron.edu) for information.


Special Session: Crayfish Biology; a new model organism for the field of biology

There will be a special session at the 2013 SICB meeting in San Francisco organized by Tadashi Kawai, Zen Faulkes, and Gerhard Scholtz.

Background: Due to their relatively large size, their widespread availability, and their use as food, crayfish are very familiar aquatic invertebrates. Tthere is a long tradition in worldwide cultures for crayfish as food, pets, or their images portrayed in art (e.g. paintings), and mythology. In addition, a number of crayfish species serve as model laboratory animals in a variety of fields in biology. This general interest gained even greater input by the recent detection of a parthenogenetic crayfish, the Marmorkrebs. Due to their mode of reproduction, this animal poses many promises and at the same time it might become the nightmare for conservation biologists. Organizers believe that freshwater crayfish are ready to become a new model organism across biology.

The following are confirmed speakers:

Peer Martin, "The relevance of parthenogenesis to the role of Marmorkrebs as a model organism and potential invader"

Christoph Chucholl "Marmorkrebs gaining ground in Europe: the role of the pet trade as invasion pathway"